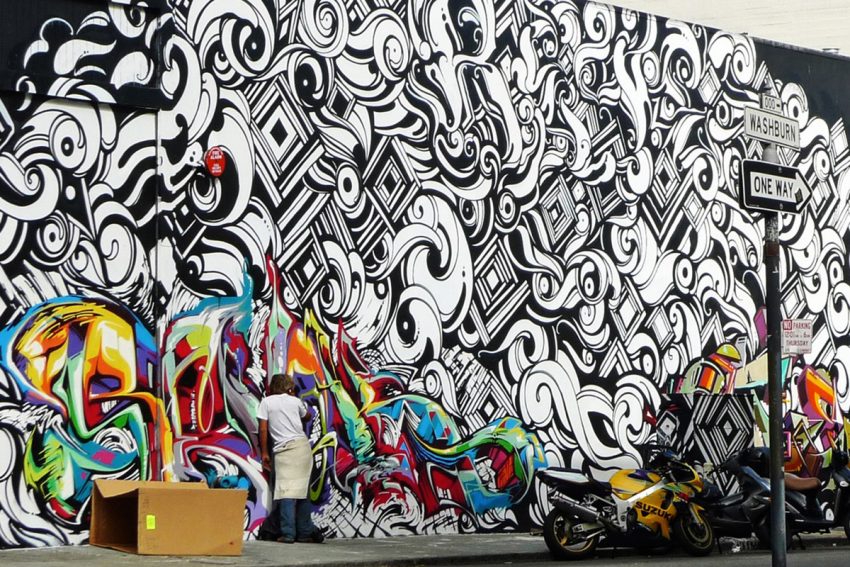 If you’re talking about the importance / cultural significance of street art (and let’s leave the word “graffiti” out of this, since we’re obviously not talking about people scratching their initials into bathroom mirrors, or shitty tags on storefront awnings), much like a lot of music, it’s about reflecting the realities of youth culture in urban environments.

These are 20th/21st Century cave paintings. It’s art for the public and for the masses. It’s there to beautify a space, or Identify it (let you know where you are, just by the words, images, colors or style).  It may have some broader social commentary, or just be there to bring some chaos to the establishment.

The importance of it can be seen almost anywhere you look

What once cities like New York used to go to great lengths to cover up / paint over / destroy (only to have it reappear like the high tide) has now been co-opted to sell you youth culture in all its forms. It’s on clothes, on packaging, signage, logos and labels. Artists as diverse as Keith Haring, Shepard Fairey and Banksy became famous internationally mixing elements of traditional “graffiti” into their “Street Art,” defining a style broadly categorized as “Low brow” while making some of the World’s most highly sought-after works of art.

But it all came from a place of screaming at a wall with their paint, posters and wheat paste: from the famous to the infamous to those who will die with grey city paint over their names, they all wanted to be heard and be seen as the faceless city grew up around them.

In an urbanized context as that of a city, it is almost inevitable that the social structure and economic hierarchy will create a disparity amongst artists.

Graffiti and other forms of street art provide artists a medium to express their thoughts which often reflect and resonate with that of the neighbourhood, having multiple benefits.

If an initiative is taken to legalise street art in India, it will see the rise of multiple artists whose talent has been bowed down due to the social makeup of our country.