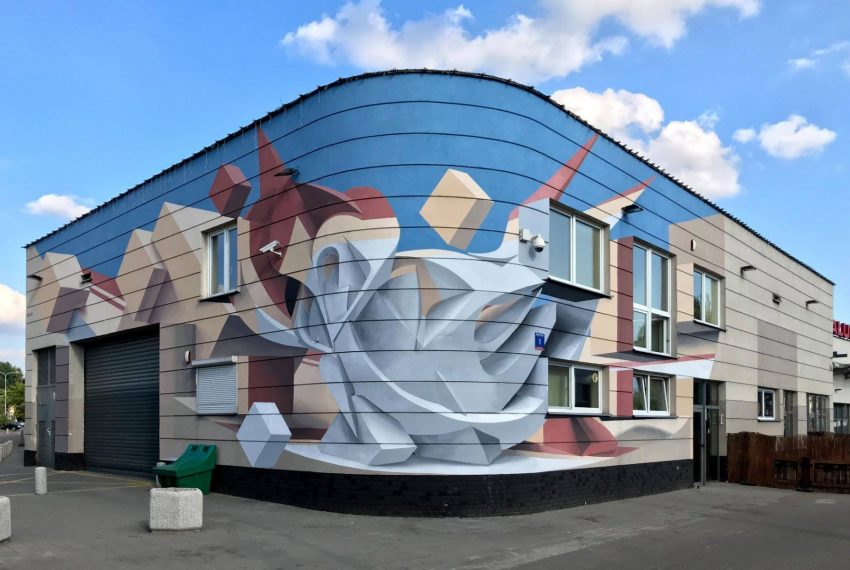 For the seventh year in a row the Mannheimer mural project Stadt.Wand.Kunst (SWK)rolls on. The German summer well and truely started, the Italian artist PEETA is first cab off the rank for 2019. PEETA himself, a graffiti writer since 1993 is not turned off by the heat. The Venician resident is at home with heat and the hustle and bustle of city life.

For the Mannheim locals, PEETA brings a unique style to the SWK program which till now, has not been explored in depth previously. PEETA, a master of deception, specialises in three dimensional graffiti compositions of which originally derived from his moniker “PEETA”.

With a strong touch of geometry, graffiti and minimalism, what is even more special about PEETA’s work is his choice of context. Bending, morphing and completely re-inventing the two dimensional surfaces he works upon. It is not uncommon for his work to be placed on the corners, angles or generally hard to negotiate spaces of walls and buildings where his three dimensional letters have even more impact and deception value.

The fruits of this labour is the sculptural works he creates with synthetic materials and the aid of professional design software.

Often with a soft palette and minimal color shifts, PEETA manages to create a lot of illusion with not much confusion. All be it confusing to realise where the actual surfaces stop and start, juxtaposed  with where the painted surfaces illude to stopping, starting, bending and changing.

It all makes for a great viewing experience and the SWK project and proud supporters Montana-Cans are still spellbound by the artist’s work.