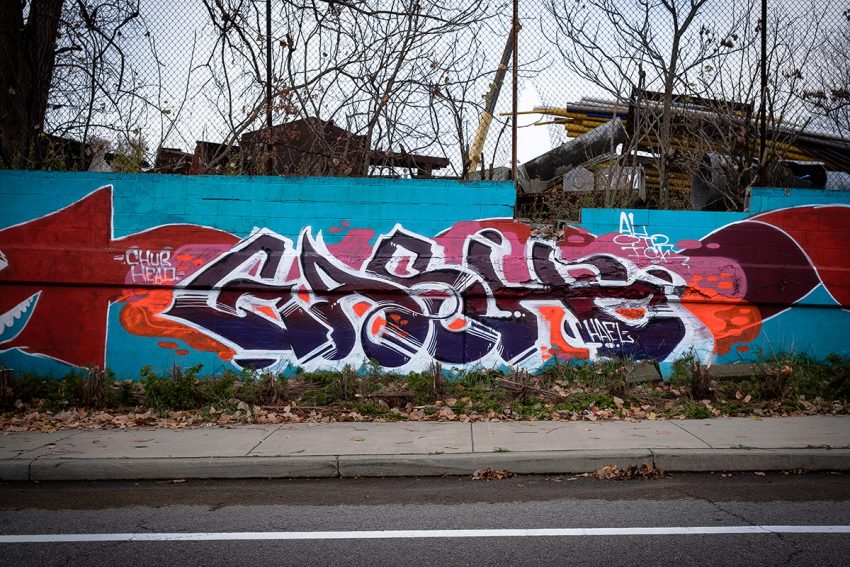 A few months ago, we paid a visit to the Motor City. Only a few years ago, Detroit was the biggest graffiti playground in North America and possibly the world.

Today the reality is very different, as the city administration decided to crack down on graffiti artists and buff every graffiti in sight (including on 1000s of abandoned buildings). The result is what you can imagine: an abandoned city with more grey walls than ever before.

Was it looking better before the big buff? We think so. Buffing graffiti on abandoned buildings is a huge waste of money, in a city that could use it in so many other ways. Graffiti is not the new kid on the block anymore. It’s been around since more than 40 years now, but people are still associating graffiti with the crime ridden New York of the 70s and other decaying neighborhoods. It’s time for this perception to change.

After all, graffiti is made by a bunch of middle class kids, painting walls free of charge. Not really anything the old ladies should be afraid of. The perception that “graffiti = crime zone” is actually hurting more than the graffiti itself.

Was graffiti the first step of the so-called Detroit rebirth? Maybe. Look at New York today, the rebirth is glorious. In a few hundreds of year, when archeologists will look back at our era they will probably look for traces of graffiti on our walls and they will try to make sense of all this.

In retrospect we might rethink the role of graffiti in our cities, linking it with the fall of the industrial era and the rise of creative cities/economy. Detroit will rise again from its ashes. Just don’t forget that graffiti writers were there too, a minute before the start-ups, urban farms and the hipster cafés began mushrooming around town.