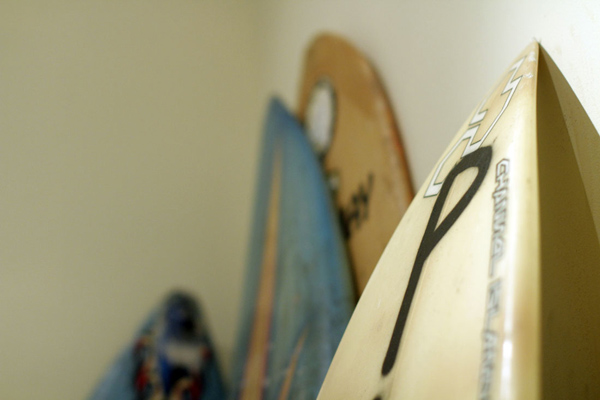 Known Gallery is excited to start off this year with “Last Year”, a show of new works by Sage Vaughn and a very special guest. This will be Sage’s first solo exhibition at Known Gallery, featuring new large-scale woven editions based on paintings and collages from his ongoing ENVELOPE SERIES. Contrasting the nonchalant qualities of collage making and the painstaking exactness of woven tapestry, this work becomes part of an experiment in making art that can exist both off and outside the gallery walls.

Sage has been working with collage for the past four years and attributes the passion to friends Jason Dill and Dash Snow who introduced him to the medium. “I enjoy sorting through vintage magazines and culling imagery to illustrate themes in my work. The printing processes used back then are so pleasing to the eye. Everything was hand created. No Photoshop.”

Selected works from the ENVELOPE SERIES will also be on display. The series, consisting of both small paintings as well as cut and reassembled imagery on manila envelopes, serves as an intimate window to the artist’s creative process. “They’ve taken the place of sketchbooks in my practice. I have them all over the studio so I can constantly make things while I make things.” Numbering in the hundreds, Sage has been working on the ENVELOPE SERIES since 2007.

When asked about the inspiration behind this unique medium of woven artwork, Sage explains, “I love looking at tapestries, rugs and textiles. The richness of the color and the texture are so intricate. I would spend all my money on them if I could.” Sage further discusses “When I was a child, my grandmother told me a story about when she was a young recently divorced woman; she and her sister were on a quest, driving through New Mexico, trying to purchase a genuine Navajo rug from an actual Navajo Indian. She ended up at a general store, which sold Native American crafts.” When his grandmother asked the owner how to purchase goods directly from the Navajo Indians, the disappointing response was, “The way it works is you buy it from us, not from the Navajo.” “It took her a week of driving down endless desert roads until she finally met an old Indian woman who sold her a beautiful piece that she still has in her home out in the Valley.”

LBJ holding a toddler Indian, Dr. Phil as a spiritual guru and a Native Indian teaching a Caucasian boy how to take aim with a bow and arrow are just some examples of Sage’s social commentary via satire. “I think most good art has an element of humor within it to help us laugh at the human condition.” Imagery of foxes, birds, and Indians also echo Sage’s obsession with the line between wilderness and civilization.

Sage Vaughn (b. 1976 Jackson, OR) lives and works in Los Angeles. For the past seven years, Sage’s work has been exhibited at fine art galleries around the world including Lazarides/London, Galerie Bertrand & Gruner/Geneva, Art Agents Gallery/Hamburg, The Dactyl Foundation for the Arts and Humanities/New York, Corey Helford/Culver City, Richard Heller/Los Angeles and FIFTY24SF/San Francisco.