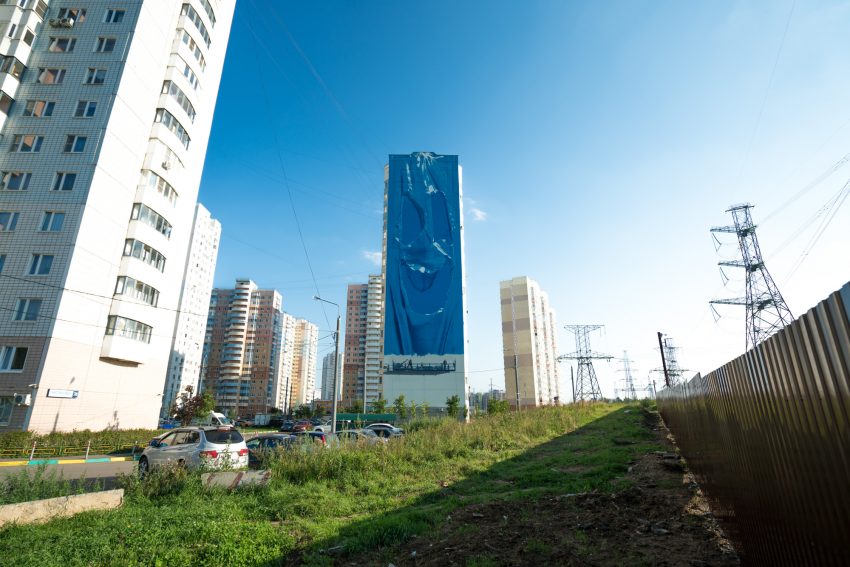 Our friend Danila Shmelev just wrapped up a giant new mural on the streets of Odintsovo in Russia for the first edition of the Urban Morphogenesis Festival.

His ‘plastic series’ has its origins in his work on canvas. These pieces portray canvases wrapped in a protective film that has been torn in various places. These trompe l’oeil artworks are executed in a continuum of dark greys, achieving a striking plastic effect. Danila then began covering city walls with cellophane, creating pieces in Italy and Belgium.

As the artist tells us: “A canvas wrapped in plastic is blank, something not yet begun, but when I was painting on a building, I found that it could be something still unsealed, something wrapped up, something not fully understood. There’s no clear reference point.” For Danila, working with walls feels more familiar: “Walls are natural. They’re primal things.”

Take a look at this awesome looking artwork below and keep checking back with us for more updates from the excellent Urban Morphogenesis Festival.